“To Drink or Not to Drink”: Temperance in Arizona and Prescott

The American Victorian Era (1837-1901) was defined by manners, virtue, character, respectability, and strict public morality. Named after Queen Victoria of England, the era inspired a generation of progressive reforms across the English-speaking world, including in the United States. Many of these reforms were based on the concept of Respectability or how to be proper, estimable and virtuous in society. Many reforms related to the family unit, with focus on the welfare and well-being of women and children. 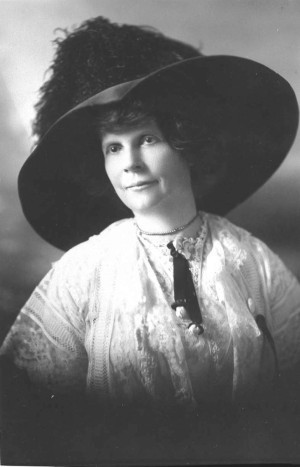 In this environment, the Temperance movement waged war on saloons, deeming them a threat to “Christian Character” and a danger to American families. For Temperance advocates, alcohol precipitated idleness, financial ruin, and ultimately familial downfall, affecting not just those who frequented saloons but the wives and children of the afflicted. From a December 15, 1883 opinion piece published in The Courier: “Moderate drinking is not to be stopped by the Salvation Army. On the contrary, constant exercise with glass or bottle is to be decried. Individuals who practice, every day and every night, at the bar, without leave, license, do themselves injury, rob people who are dependent upon them and very often cheat the barkeep. Worse still: their clammy hands and glue factory breath have a strong tendency to keep sober people away from them. The smell of an unkempt, strong minded billy goat, is considered a nuisance but little better than the aroma from an unwashed toper.”

Advocates appealed to men and women to join the cause, and many upper-middle class Victorian-era women ultimately dedicated themselves to the fight. Women’s Temperance organizations quickly formed throughout the United States, including the prominent Woman’s Christian Temperance Union (WCTU) organized in 1874, the motto of which was “For God and home and native land”.

The Temperance movement started in New England in the mid-1800s but within 25 years it had spread across the country. Western states and territories with a “wild” reputation, such as Arizona, were targets for Temperance propaganda. Areas with this reputation included Yavapai County and Prescott, home of the infamous Whiskey Row.

The beginnings of a Prescott chapter of the WCTU first appeared in the latter part of 1883. On November 24, 1883, the Weekly Courier featured a call to the Prescott community to attend the first convention of the Arizona WCTU scheduled for December 12th and 13th of 1883. The organizers invited “everyman [sic] and woman who loves God and humanity [to] come up and take counsel in this great cause.” In this call to arms, the convention organizers shared a brief history of the WCTU: “This society is the lineal descendent of the great Temperance crusade of 1873-4, and is a Union of Christian women of all Churches, for the purpose of educating the young, forming a better public sentiment; reforming the drinking classes” and “transforming by the power of Divine grace, those who are enslaved by alcohol; and removing the dram shop from our streets by law.”

On December 8, 1883, the newspaper published the convention “Programme.” The event was to include speeches by local officials, military leaders, and representatives from other Temperance unions and societies not just from Arizona but from states such as Colorado. The agenda for the convention included music, prayer, work sessions, and paper presentations.

The Arizona WTCU Convention was deemed a success, with organizers expressing their gratitude to the citizens of Prescott in The Courier. On December 15, 1883, just two days after the end of the convention, the newspaper published the “Address of Welcome”, given by Mrs. S. D. Clendenin, as well as a summary of the convention’s activities. In addition to speeches, Mrs. C.P Dake read the 37th Psalm, music was performed and committees were organized to conduct convention business. 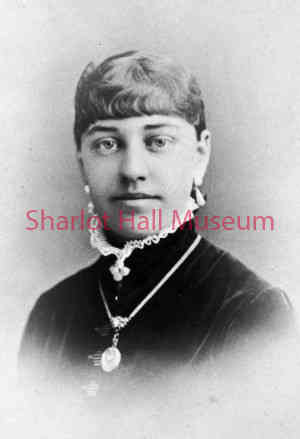 The Prescott WCTU was active within the growing frontier community for many years. It held lectures in local churches and organized speeches at the Courthouse Plaza.  Two prominent Prescott leaders were Frances Willard Munds and Pauline O’Neill. In addition to contributing to the suffrage movement,  both women were active members of the WCTU. Munds later served one term as the Arizona WCTU’s Vice President starting in 1900.

In Arizona, at the time of statehood in 1912, Temperance advocates had been at work for decades, and chapters stretched from Prescott to Phoenix to Tucson and into smaller communities across the state.

Next up, opposition to the Temperance cause.

“Days Past” is a collaborative project of the Sharlot Hall Museum and the Prescott Corral of Westerners International (www.prescottcorral.org). This and other Days Past articles are also available at https://sharlothallmuseum.org/articles/days-past-articles.l. The public is encouraged to submit proposed articles and inquiries to dayspast@sharlothallmuseum.org. Please contact SHM Library & Archives reference desk at 928-445-3122 Ext. 2, or via email at archivesrequest@sharlothallmuseum.org for information or assistance with photo requests.