Early Prescott citizens were not immune to sickness and disease, as an article in the August 7, 1869 Weekly Arizona Miner titled “Sick Folks” revealed.  “Considerable sickness prevails here at present, most of which was contracted in other parts of the county.” It then went on to list five men who had been south of Prescott, come to town well, and were not now. 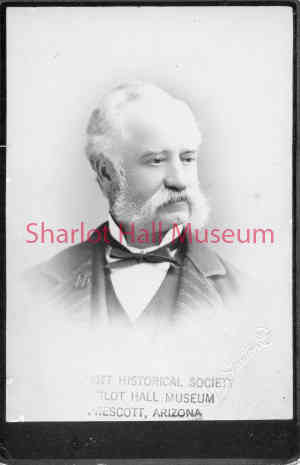 It went on, “Judge Howard, who went below, and came back with a large dose of fever and ague, is recovering….Wm. Cory, our excellent County Treasurer, visited Date Creek recently, and returned here under the influence of the shakes, which have pared him down considerably….Abe Henderson, who recently returned from California, was, the other day, taken down with sickness….Chris Klotz, shortly after arriving from Wickenburg, had to succumb to the shakes, as had, also, S. Z. Pierce, of Date Creek.” All these men had the same symptoms, referred to as “ague” and “shakes.” All had been to, or through, Camp Date Creek.

Ague was described in Dr Johnson's Dictionary, first published in 1755, as “An intermittent fever, with cold fits succeeded by hot. Ague fit: the paroxysm of the ague.” Today it is associated with malaria, a mosquito borne disease not identified until the 1890s. Thus, the cause of the ailments would have been unknown at the time.

Camp Date Creek, established in 1867, was moved three times before closing in 1874 when it was deemed of no further use by the Secretary of War. It was originally established to protect miners and settlers who were mostly congregated at Skull Valley and Walnut Grove, as well as the wagon road from La Paz on the Colorado River.

Located on Date Creek in southern Yavapai County, it was moved from the bottomland of the creek to a plateau on the south side. Moving the camp was supposed to alleviate sickness among the soldiers, which it did. That sickness is now believed to have been caused by malaria, common in Arizona military camps at the time, carried by mosquitoes that were prevalent along the creek during hot summers. 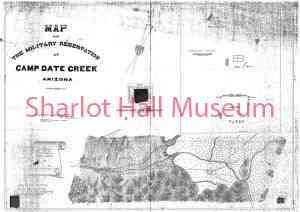 The roads from California and Wickenburg ran through Camp Date Creek, the only settlement in the area and one of the only water sources. The men mentioned in the article had passed through, and presumably spent time there, at a time of year when mosquitoes were abundant, which might explain the outbreak of “the shakes” in Prescott.

The effects of ague seem to have been debilitating. Judge John Howard was mentioned in two earlier Weekly Arizona Miner articles from July 10, 1869. In one it was noted he had returned from Wickenburg after enjoying himself. The next stated, “Judge John Howard, of this place, was, shortly after returning home from Wickenburg, prostrated with fever. At latest accounts he was in a very critical condition. Dr. McCandless is doing everything in his power to restore him to health.”

In an earlier June 1, 1869 article the following individuals had left for Wickenburg, “Judge John A. Rush, Judge John Howard, Sheriff John L. Taylor, Supervisor A. J. Shanks, and last, but by no means least, Lawyer John M. Rountree, all of this place….”

Staying behind in Wickenburg, Howard secured the business of representing James D. Monihon. Monihon owned and operated the Plaza Livery Stable in Prescott before moving to Wickenburg, so had a prior relationship with Howard. Apparently this delay was enough to give Howard “the shakes.”

For Judge Howard, social distancing would not have prevented his sickness; however, staying home would have.