What effect could a strike in 1894 by workers at the Pullman railway car manufacturing plant on the edge of Chicago have on a mountain town 1700 miles away? You might think little to none, which turned out to be true except for minor inconveniences. Prescott had rail service by 1887 from the Prescott and Arizona Central. However, this was never successful and it was eclipsed by the Santa Fe, Prescott and Phoenix in 1893. By 1894 the tracks went beyond the city and headed south toward Phoenix. Had the Pullman strike happened earlier, it would have had no effect on Prescott.

The fact that it had any effect on Prescott at all was a sign of the times. Unions were becoming more prevalent, but strikes before this had been localized and without national effect. The Pullman strike of 1894 was different. 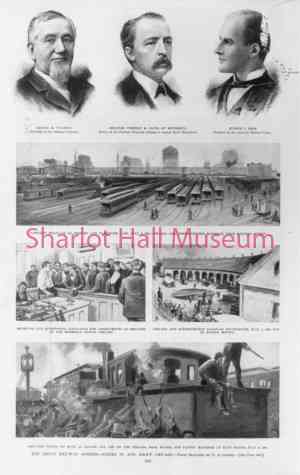 By 1893 George Pullman’s company had most of the railcar building business and its “first class” sleeping cars were used on nearly every railroad in the nation. Pullman had built a company town for his workers and all was going fairly smoothly until the economic depression of 1893. In an effort to keep profits up, Pullman laid off 2,200 workers from his 5,500 work force and cut the wages of those remaining an average of 25%. This was without reducing rent in company housing.

Pullman workers, who joined the American Railway Union (ARU) because of this, suddenly had someone advocating for them - Eugene Debs, president of the ARU. The ARU had been fairly successful in attracting membership and it was with this membership that Debs called for a general strike by workers on railroads with Pullman cars running on them. While there was pushback to striking by some members, enough did strike to slow down or halt rail service across the country.

From May 11 to July 20, 1894, railroads had mixed success in keeping traffic moving. The July 4, 1894 edition of the Prescott newspaper, the Arizona Weekly Journal Miner, had the headlines NO PULLMAN, NO TRAINS. Railroad Companies refuse to Run Their Trains Unless the Pullman Cars Run Too. TRAFFIC SUSPENDED. The Santa Fe Road Tied-Up by the Pullman Boycott.– There are no through trains running on the Santa Fe railroad, owing to the Pullman boycott. From the same edition came the following: Colorado Trains Running. Denver, Colo. June 29. – Trains are running on time this morning, except on the Santa Fe road. No trouble has been made over the attached Pullman’s. Disruption differed depending on where you were. 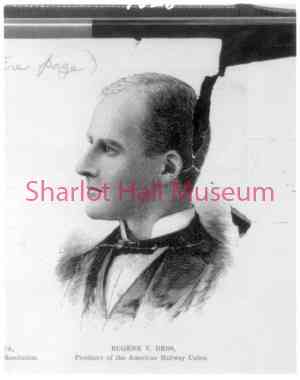 In Prescott the July 4, 1894 edition of the Arizona Weekly Journal Miner had this article, “S. F. P. & P. Strikers. The only strike experienced yet by the S. F. P. & P. railway is a disposition shown to strike at a base ball. The gentlemen connected with the Co. are considering the incorporation of the base ball talent represented among their number, into a nine.” The following week, the newspaper had news of shortages. “If the strike continues very much longer, it will result in closing down the United Verde Copper Company’s woaks, [sic] at Jerome, on account of a scarcity of coke.” “The continuation of the strike is beginning to be felt in the scarcity of a number of articles. Among them are ice, of which the entire supply is exhausted, except that of Haisley & Harvey, coal oil, hams and bacon, feed and butter and eggs. The supply of carbons for the arc electric lights is also running low. The supply of canned goods is also running low with some of the merchants.”

More on the strike in next week’s article.