The First Yavapai County Courthouse: Hub of the Community

The courthouse was still new when the first event was held in the courtroom, and it was not a term of court. On Christmas Eve there was a town gathering to celebrate the holiday. Harriet Turner held this event the previous year in the old territorial legislative building, but now that a larger room was available, she took advantage of it. 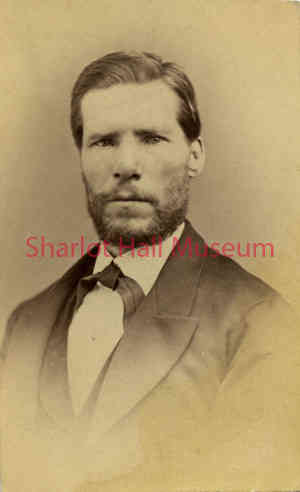 According to John Marion, editor of the Arizona Miner, the attendance was large despite the darkness of the night and the fact the ground was muddy. There was the customary Christmas tree covered with gifts for children and adults. Some of the adult gifts were useful and some were meant as jokes. Marion was insulted when someone placed a joke gift for him on the tree.

In February of 1868, the local Democrats used it to host a lecture which someone thought was a thinly disguised opportunity for them to organize themselves. This was followed by a dance held by the Elysian Club, a local organization of people who liked to dance. They were in the process of having their own hall built, but wanted to conduct one of their semi-monthly dances on schedule. This ended up unpleasantly for the chairman of the Board of Supervisors.

According to an extensive article in the newspaper,  “Arrest. – John G. Campbell, merchant, of this town, and who is also Chairman of the Board of Supervisors of this county, was, on Friday evening last, arrested by Deputy Sheriff Behan under the following circumstances: For some time past, the Elysian Club wished to rent the Court House room from the county for dancing purposes, but the Board of Supervisors refused to rent it, on the ground, we believe, that it would be beneath the dignity of the county, and also that such a proceeding would not be likely to increase the revenue much, at the same time that it would expose the room and building to mutilation and hard usage generally. Such was their belief, and acting upon this belief, they refused to let the Club have it. In the absence of the Sheriff, the Deputy Sheriff, thinking he had the control of the Court House, as well as of the Jail, made up his mind to allow the Club the use of it for the night in question. As the time for opening the hall approached, Supervisor Campbell was on hand, and objected to the opening of the hall by the Deputy Sheriff, but that officer paid no attention to the wishes of our boss “Sup.,” and to shut off his wind and his opposition, arrested him there and then. The door was unlocked, the dancers rushed in, and did dance in the Court House, in spite of the wishes of the Board.” 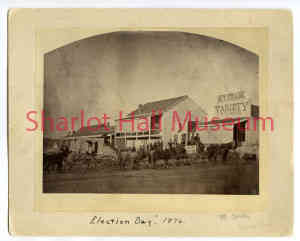 The year ended with the courthouse being the local polling place for the election as well as the meeting place for another political group. The local children’s Sunday school met there as well, for Sunday afternoon church services. It was also the place where administrator’s sales were held to settle estates. There was a suggestion in the newspaper that a Debate Club be organized, but there is no evidence this occurred, or if it did, that they met at the courthouse.

One of the most non-court uses seems to have been by the newly formed Farmer’s Association, which met quite often both to organize and conduct business. No matter who used it, all needed the approval of the Board of Supervisors.