“Oh Be Joyful": A Pioneer Christmas

In December 1864, Prescott, the fledgling capital of the Arizona Territory, was barely a town, laid out with a few dirt streets and trails leading into the forest and mining camps.  There were probably a few hundred miners and soldiers within reach of the town, plus a few families who had moved into the settlement. 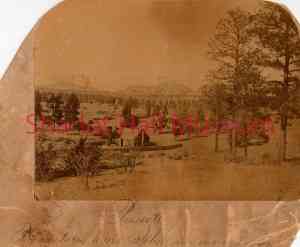 The settlers who arrived that year constructed their simple homes of logs on plots of land laid out by surveyor Robert Groom.  Even the governor’s home, a large log house, was modest in comparison to mansions back East.  None of the homes had glass in their windows, only shutters.  Most were heated with stone or adobe fireplaces and lighted with candles and lanterns, the light from which filtered out of the whipsawed boards at the windows.

Families, soldiers and miners were prepared for a simple Christmas.  Provisions and store bought supplies were few, but pioneer spirit was strong and holiday joy prevailed.

Sam Miller, who had been part of the Walker party, helped the town residents with his hunting skills.  The deer, antelope, turkey, and quail he provided furnished several Christmas feasts.  To round out the meals, Mexican brown beans seasoned with plenty of "sow-belly" and chili sauce were usually added. 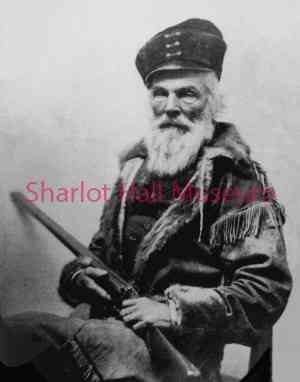 In the Governor’s Mansion, Henry Fleury, the governor’s secretary, supervised the preparation of a large buffet prepared by Ft. Whipple cooks.  He was known to add some French flair to the cooking which delighted those at the feast.  Dinner guests most likely included all the government officials serving with the Governor, military officers, a few legislators and probably a few colorful personages such as the seasoned mountain men Joseph Walker and Pauline Weaver.

Nearby, Lois Boblett and Mrs. Osborn probably served meals in make shift restaurants which they set up in their homes to serve visiting legislators.  The Christmas meals were probably free.

Joseph and Margaret Ehle and their children, who had arrived that summer, lived in a five room log cabin on the corner of Marina and Goodwin.  Mrs. Ehle invited friends and family for “a little service of song and homely talk.”

The Ehle children and others in town would have been treated with homemade gifts and maybe some hard candy from Mexico.

Evening festivities consisted of a dance at the Governor’s Mansion.  Margaret Ehle and Celia Sanders baked cakes for refreshments and other ladies brought dried peaches and apples or penoche (fudge) made from Mexican brown sugar.  For the adults, Henry Fleury mixed up his “Oh Be Joyful Juice,” which added to the conviviality. 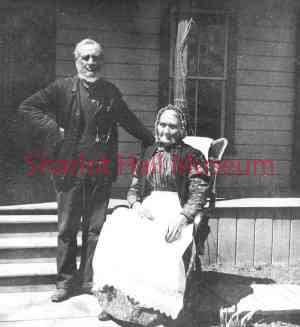 Community musicians provided music for the dancing on the hard packed dirt outside the Mansion. Obviously, there were more men than ladies; however, this gave some of the little girls who came with their parents a chance to dance with the older gentleman.  One beribboned young lady danced with her doll under one arm.

What a festive sight it must have been to see dignified gentleman dressed in proper wool suits, military officers in smart blue and gold trimmed uniforms, mountain men in fringed buckskin, ladies in their best sweeping skirts, and children of various sizes joining in the fun.

Prescott’s first Christmas was celebrated with true Pioneer Spirit. The frontier holiday may have lacked the glitter and glamour of Eastern celebrations, but there was no lack of warmth and cheer.  It was a Christmas most all participants remembered fondly years later.