Today, New Year’s Day is often spent watching the Rose Parade, bowl games, or even taking a Polar Bear Splash. In territorial Prescott, however, the custom of calling was a popular way to spend the afternoon and evening of the year’s first day.

Some say calling on New Year’s Day was a Dutch custom; others attribute it to the Scottish custom of Hogmanay. Whatever the origin, it had specific elements: women, and frequently their single daughters, held open houses; men, usually young, did the calling; refreshments were served and men’s calling cards were a must. 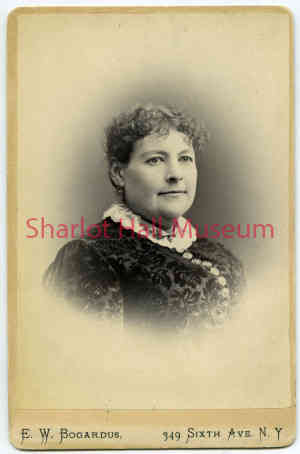 The January 8, 1870 Weekly Arizona Miner summarized activities around town. “‘Callers’ were not so numerous as on the previous New Year’s Day, nevertheless, a great many went ‘bobbing around’ from house to house. Mrs. John G. Campbell, Mrs. H. Brooks, Mrs. B.H. Weaver and Mrs. V. Stephens, kept “open houses,” and lost a great deal of good drinkables and eatables by doing so.”

Although men didn’t linger during visits, their obligation was to leave calling cards. It was common to see advertisements in the newspaper for unique designs for New Year’s calling cards and an admonishment that men should order them early.

By 1881 the custom of calling became more formalized. In late December, the Weekly Arizona Miner requested that “Ladies who will Receive on New Year’s Day” notify the paper so their names could be published. The December 30, 1881 issue listed thirteen open houses for January 1.  Among those receiving were: Mrs. C.C. Bean and Mrs. T.W. Otis, at Mrs. Bean’s residence; three female relatives, Mrs. C(oles) A. and Mrs. W(illiam) C. Bashford and Mrs. R(obert) H. Burmister, at the Burmister residence; and Mrs. W.A. Rowe and her daughter.

“The good old fashion custom of receiving on New Year’s Day is being revived again,” noted the January 3, 1900 Arizona Weekly Journal-Miner. And the custom expanded outside the home. That year the Epworth League of the Methodist Episcopal Church received at the church’s parlors on January 1. 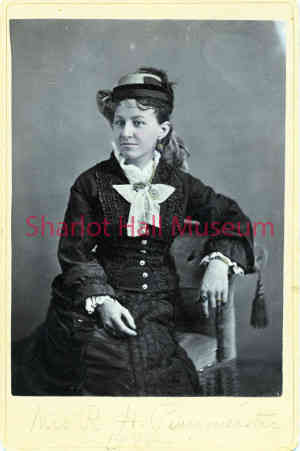 The following year, Mrs. M.(oses) B. Hazeltine and Misses Drake, Fisher and Criley held a New Year reception. The January 6, 1904 Arizona Weekly Journal-Miner reported “the rooms were very tastefully decorated for the occasion with violets and carnations, and in the dining room there was a huge punch bowl filled with fruit punch… In the middle of the bowl a large piece of ice decorated with violets floated on the punch, giving a beautiful effect without in the least deteriorating from the quality of the punch.” The article noted that both ladies and gentlemen attended but men far outnumbered women, and concluded by observing, “The revival of this old and time honored custom of New Year’s Day receptions is a good omen as it is a pleasant way of spending a portion of the initial day of the new year, the social features of which is elevating where properly observed.” 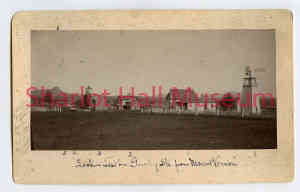 In 1908 the Arizona Weekly Journal-Miner reported that open houses were held at the Whipple Barracks. Major and Mrs. Fred W. Foster’s open house was featured in the newspaper’s “The Social Mirror” column published January 8, 1908. According to the report, at noon all the post’s officers called in full-dress uniform, adding to the “brilliancy of the scene.” The home was decorated with mistletoe and California holly, and the dining room was decked with pink carnations.  Punch and tea were served to a who’s who of callers from Prescott as well as officers and their wives.

The custom continued to expand outside the home with a New Year’s Day reception and dance at the Yavapai Club in 1913. However, the popularity of New Year’s Eve activities helped end this once popular activity.