Victorians celebrated the New Year in a number of ways while Victoria was queen of England, 1837 to 1901. She apparently was the reason people in England and the United States gave the day any importance, since she enjoyed the Scottish tradition of celebrating Hogmanay, the last day of the year. In Scotland, it was celebrated by giving small gifts and the tradition of “First-foot,” which meant receiving visitors on New Year’s Day.

By the last half of the 19th Century, Americans were  more involved in the holiday, with wealthier married couples holding open houses with food and drink. The men went calling, while the women remained home and received guests. This enabled folks to meet annual social obligations they had neglected and for single gentlemen and eligible young ladies to meet socially. Gifts were occasionally given and calling cards left. 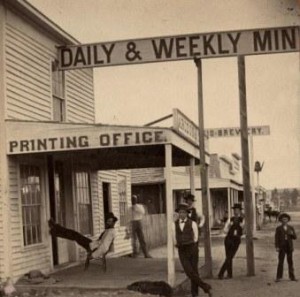 In early Prescott, New Year’s was a minor celebration. The first mention in the Arizona Miner was December 29, 1866: “New Years Balls – Two fashionable dancing parties are to come off next Tuesday night – one at the Osborn House, and the other at the new (word unintelligible), lately fitted up at the east end of the Capitol Building.” These had an admission charge and featured food, beverages and dancing.

Nothing further was mentioned in the newspaper until January 2, 1869, with the following announcement: “On New Year’s Eve, there was a dance at the residence of Sam. C. Miller, in Miller’s Valley. Many ladies and gentlemen were in attendance and dancing was kept up to a late hour.” It’s not clear if this was a party at the Millers’ or a larger social gathering with paid admission. 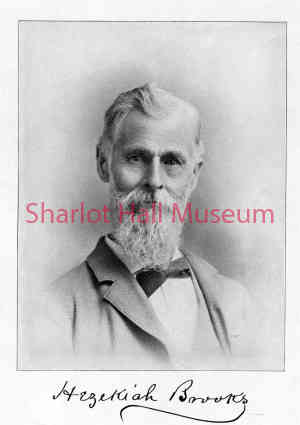 A more extensive article in the newspaper on January 8, 1870, indicates that more was going on than previously reported. “New Year’s Day, 1870, dawned upon the inhabitants of Prescott and vicinity very pleasantly. The day was fine throughout, and our people celebrated it in becoming style. ‘Callers’ were not as numerous as on the previous New Year’s Day, nevertheless, a great many went ‘bobbing around’ from house to house. Mrs. John G. Campbell, Mrs. H. [Hezekiah] Brooks, Mrs. B. [Ben] H. Weaver and Mrs. V. [Varney] Stephens, kept ‘open houses,’ and lost a great deal of good drinkables and eatables by so doing. Many military gentlemen were in town, calling on their friends, and a great many citizens toddled postwards to make calls.

During the afternoon, the ‘boys’ had a lively horse-race, the result of which made some of them mighty sick of the kind of sport. Others – the winners – felt very jolly while feeling of the money won by them.” 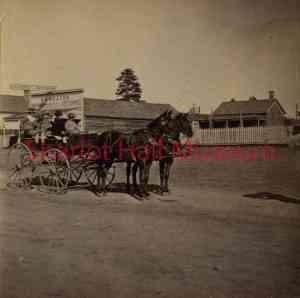 Apparently the custom of holding an open house for visitors had been done in 1869 although not reported in the newspaper. Another article in the same issue stated, “New Year’s Gift. – Bowers & Bro. sent us, for a New Year’s gift, a fifty pound sack of flour, made at their Agua Frio mill, from wheat grown on their ranch. The flour is as white and fine as the best quality of California flour, and, we are told, makes excellent bread. Thanks, gentlemen, for the flour. May you be rewarded for your enterprise and outlay of capital.”

It’s interesting there weren’t more details of the horse race reported. Just a week earlier, the newspaper reported on a Christmas day race . “The race was between a horse belonging to Saunders Bros’, and a horse belonging to Mr. Bradley. The Bradley horse won the stakes, $500. Many outside bets were made, and were won by the backers of the Bradley nag.” Apparently the “Miner” editor was not one of the winning bettors.