Occasionally, someone will ask about Prescott's various "haunted" sites. Whether you believe in ghosts or not, there are many purported Prescott area hauntings, with new ghostly stories being told all the time. 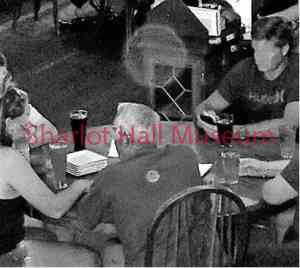 Perhaps Prescott’s most famous ghost is "Abby" and her cat “Noble”, who haunt room 16 of the Hotel Vendome. Abby died in 1921 and her ghost, along with her cat, began to be seen after WW II. While some workers say footsteps are heard in the room, and the bell sometimes rings for service when the room is vacant, many guests sleep in the room every year, some with experiences and some without.

The Prescott Fine Arts theatre (PFAA), formerly the Sacred Heart Parish, is a great place for a reputed ghost. However, the ghost story has evolved from storyteller to storyteller. In earlier years, the ghost was said to be female and the staff referred to her as "Sophie." Over the years, the ghost changed gender and became a specter of a priest; the staff started calling him "Father Michael" whenever they heard unexplained thumping.

One Prescott ghost story is probably the least known. In 1981, Claude Cline (then owner of Prescott’s movie theatres) sold his properties, including the Elks Theatre. The new owner of the Elks did some interior remodeling, including installing a huge chandelier. 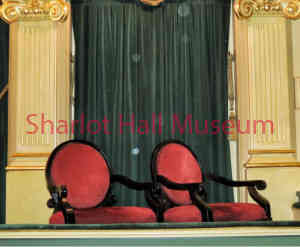 One evening, the story goes, workers were getting ready to leave the Elks when they heard tinkling glass. They looked up and saw the transparent form of a little girl swinging from the chandelier. Needless to say, they ran out of the building as fast as they could. A true story? Doubtful, but that's what makes ghost stories so appealing - not knowing if they are true or false.

The most actively haunted place is The Palace Saloon and Restaurant. Staff and owners have experiences almost daily. The Palace Saloon is known as the oldest saloon in Arizona, with bullet holes in the ceiling from celebrating cowboys who struck gold.  Does it have a “favorite” ghost?  One that shows herself periodically is Jennie Clark, the prostitute kicked to death by her drunken boyfriend in the saloon. She has been seen and photographed by several employees and guests. But is she the one who turns out the ladies’ restroom light when someone is in there? Or one of the many other spirits that hang out at The Palace Saloon? 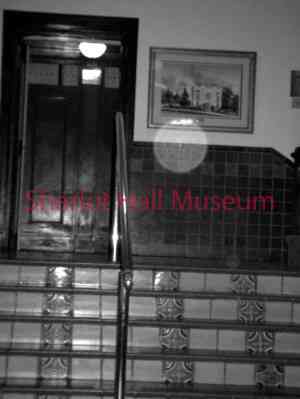 The historic Hassayampa Inn has another famous ghost, “Faith”. The story is that Faith and her much older husband checked into the hotel on their wedding night in 1927. He went out for cigarettes and never returned. Faith wandered the lobby for three days before going upstairs to their room. There are differing versions of where she hanged herself, either from the bell tower of the hotel or from the flagpole that once was there.  Over the years, both staff and guests have seen her wandering the lobby and hotel in her long white dress. Other Hassayampa ghosts are the night watchman seen in the lobby and a little Chinese boy.

Arizona’s first “skyscraper,” built in 1892, now houses the Tis’ Art Gallery. With a bullet hole in the ceiling of the Mezzanine, there are many stories concerning its ghosts. One ghost is Fleming Parker who escaped from jail in 1898 and killed the popular district attorney, Erasmus Lee Norris, whose office was in the building. He also stole Sheriff George Ruffner’s favorite horse, Sure Shot, in the process. Parker was recaptured by Ruffner and later hanged on June 3, 1898.

Other ghosts include a young girl named Mary, a Chinese man who cleaned the building when it was first built and a member of the Knights of Pythias who once held their meetings on the beautiful third floor.

Is Prescott haunted?  Most definitely. More and more people have and continue sharing their experiences.

This article is a preview of a presentation Parker Anderson and Darlene Wilson will make at the Sharlot Hall Museum Education Center on October 31st at 2 PM. The presentation is open to the public free of charge on a limited-admission basis. Face coverings are required.