On July 23, 1914 Frances Willard Munds announced that she would seek the nomination for State senator from Yavapai County. This would not have been possible without her dedicated efforts as the leader of the Votes for Women campaign that granted Arizona women not only the right to vote in 1912 but to run for elected office. This was eight years before the passage of the 19th Amendment to the US Constitution. 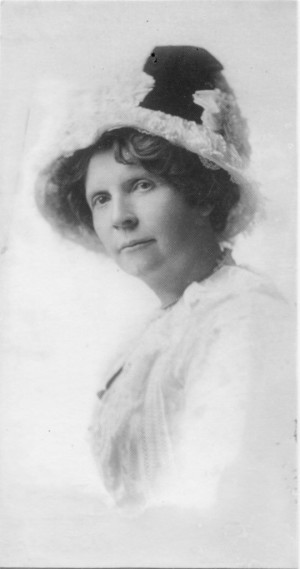 Munds’ name was known throughout the state. During her campaign she reminded potential supporters that she had been actively engaged in suffrage work for seventeen years, seven of those as the Chair of the Arizona Equal Suffrage Association. Arizona women had been fighting for the right to vote since 1890 when Josephine Brawley Hughes organized the first suffrage association in Arizona Territory. Munds became involved in suffrage leadership in 1899 when Carrie Chapman Catt, President of the National American Women’s Suffrage Association, visited Arizona. Chapman was looking for younger, more assertive leadership in the Territory and persuaded Pauline O’Neill and Munds to organize the Arizona Territorial Woman’s Suffrage Association.

The two women traveled throughout the Territory in 1899, organizing suffrage clubs in 12 of Arizona’s counties and speaking at meetings and outdoor rallies. That same year they organized and held the first territorial suffrage convention in Phoenix. Under their leadership, the suffragists began an aggressive campaign to give women the right to vote. Suffrage opponents, many of them in the legislature, claimed that giving women the vote would destroy the home and families. They asserted that most reputable women did not want the vote, and only a few radical women wanted to use it.

Munds went before the next three legislatures, lobbying, testifying and working behind the scenes. She quickly learned to navigate the world of politics with poise, persuasion and a willingness to confront opponents with reasoned, articulate arguments. In all three legislative sessions, the bill for equal suffrage was defeated. Munds and her fellow suffragists were especially disheartened in 1903 when House Bill 81 passed both houses of the legislature and was then unexpectedly vetoed by Governor Alexander Brodie. He claimed that signing the bill would violate Arizona’s Congressional enabling act, despite the fact that four other Territories had added equal suffrage to their constitutions without legal issues. 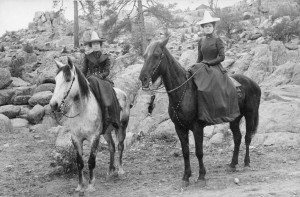 It was not until 1909 that Munds emerged with a new strategy with help from the national suffrage organization. She reorganized, reinvigorated and renamed the earlier association, calling it the Arizona Equal Suffrage Association. Trying to persuade the legislature to pass an equal suffrage bill had failed in the past, so she and her organization turned their attention to male voters. Munds was a gifted communicator and consummate strategist and, under her direction, created a powerful coalition of miners, labor leaders, farmers, ranchers, Mormons, Democrats and Republicans.

In 1912 when the new state legislature defeated a suffrage bill by one vote, Munds used the initiative and referendum to get a suffrage amendment on the November 5, 1912 ballot. She and her fellow suffragists worked tirelessly through the summer heat to collect petition signatures. After completing this task, they had to persuade the male electorate to vote in support of the constitutional amendment. They were successful, with sixty-eight percent of voters approving women’s suffrage.

Munds won her bid for the state Senate, becoming the third woman in the United States to hold that position. As we celebrate the 100th anniversary of the ratification of the 19th amendment this year, let us remember her perseverance and determination and the legacy that she left for the women of Arizona.