Abraham Blumberg lived in Prescott for little more than a decade, but in that time he built a prosperous, modern business, as well as a house on Mount Vernon Street with unique features. 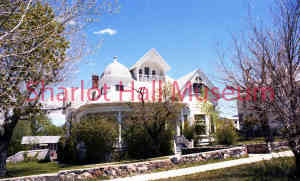 Born in Talsen, Russia, in 1867, Blumberg emigrated from Germany to the U.S. in June, 1889. Between then and 1894, he lived in Baltimore, El Paso and finally Prescott, where he owned The New York Store and became one of the most respected retailers in town.Opening his store in a small rented room on the east side of the Plaza with only a few dollars in merchandise, Blumberg quickly became known for his excellent customer service. At one point, the store occupied the Knights of Pythias’s retail space.

On January 16, 1900, Blumberg and Sophia Wollenberg were married in Prescott and a few days later left on a wedding tour of Europe. Sophia, the daughter of Levi Wollenberg and Hanna Heiman, was born in Prescott in 1879. Her father had emigrated from Poland and was an early successful merchant in the Arizona Territory. Before leaving, the couple purchased Lots 2 & 4 of  Block 6 in east Prescott (today 143 & 145 N. Mount Vernon Street) from W.C. Bashford and R.H. Burmister for $700 and arranged to have a house built while they were away.

They intended to visit his family in Russia during their trip, but changed plans when the American Legation told them that, although Abraham was now an American citizen, he was still considered a citizen of Russia.If he set foot in Russia, he would be compelled to enter the Czar’s military service for six years . So instead, Blumberg’s Russian family traveled to London for the reunion. After returning to Prescott in May of 1900, the newlyweds apparently lived with the Wollenbergs before moving into their new home. The 1900 U.S. Census lists them as living with Sophia’s parents. In November their son Harry was born. 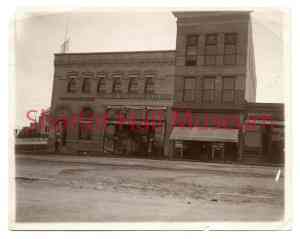 In 1901 Blumberg moved his business from the Knights of Pythias space and made changes to his New York Store. He leased two store rooms at the southeast corner of Cortez and Gurley streets from the Bank of Arizona at $125 per month for 5 years. The grand opening of A. Blumberg The New York Store in the Bank of Arizona building was front page news in the May 8, 1901 Arizona Weekly Journal-Miner. Calling Blumberg the “Merchant Prince of the Southwest,” the newspaper reported he had assembled merchandise to make The New York Store one of the most complete department stores in Arizona. It was modern, with hundreds of electric lights, large display windows and a soda fountain that was an immediate hit. Female customers were pleased to have dressmaking and millinery departments supervised by women. Three years later, Blumberg hired Miss Bottoms, an expert milliner from New York City, to head the millinery department.

Two months after the grand opening, on July 14, 1901, fire swept through downtown Prescott destroying much of the business district. However, Blumberg’s store, along with the stores of the Goldwater Brothers, T.M. Otis, J.I. Gardner, Brown Brothers and Joseph Dougherty, were unscathed.

The New York Store advertised in the local paper until early 1906, when the rental lease was up for renewal. Then the April 7, 1906 Publisher’s Weekly stated that A. Blumberg was opening a department store in San Diego. His family had moved there.

The October 17, 1906 Weekly Arizona Journal-Miner reported that Nettie Wollenberg, Mrs. Blumberg’s sister, was married at the beautiful Blumberg home in San Diego. The couple lived in San Diego until Sophia passed away in 1940 and Abraham the following year.