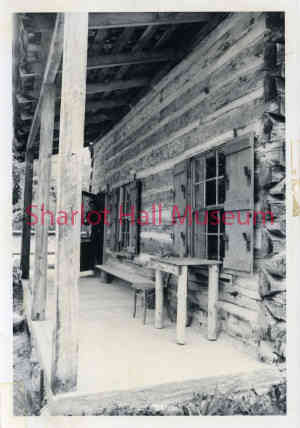 This photo show a view of the Palace Station porch. This is a replica of the original porch.