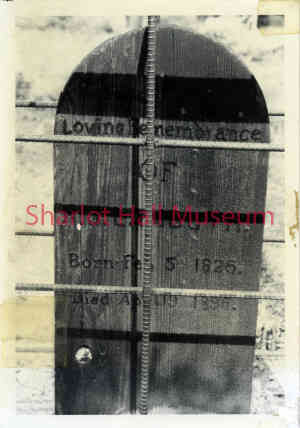 This photo shows a close up of Richard James Lambuth's (b.1825-d.1896) gravesite.  The grave is located in the Palace Station family cemetery, which is located off Senator Highway and northeast of the log cabin or Palace Station stagecoach stop.