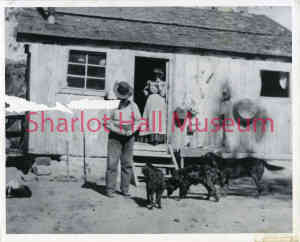 This photo shows an exterior view of the Palace Station stagecoach stop with Matilda (Lambuth) Spence in the doorway and her father Richard Lambuth (?) feeding three black dogs.