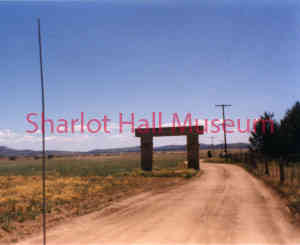 View of entrance at cemetery.