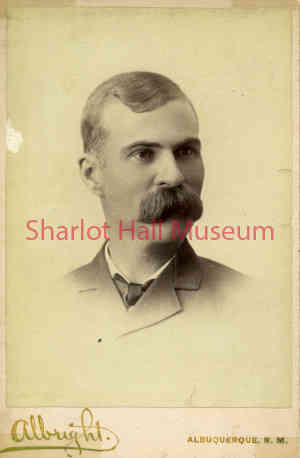 Stephen Weaver Higley (b. 1857 –  d. 1935).  A native of Ohio, he ran away from his father’s ranch while living in Missouri and was hired by a stagecoach company as a shotgun guard on stages that ran out west. When he was around 15 or 16, the Santa Fe Rail hired him to work in Kansas City as a laborer. Eventually, as a Santa Fe Rail superintendent, his work took him to Prescott, Arizona where the rail company was headquartered. While there, he is credited with building the short line between Arizona and California which ran through Parker, the Phoenix/Hayden, Arizona line and the Crown King Road.

After working on the line for 35 years, he resigned in 1909 and turned his endeavors to procuring land in the Salt River Valley for ranching, mainly sheep. He had extensive land holdings in Arizona near or in Higley, Avondale, and Tempe. His personal residences were listed in downtown Phoenix and Paradise Valley, where he had a 160+ acre ranch.  He and his family purchased and lived in the Rosson house at Sixth and Monroe Streets in Phoenix.