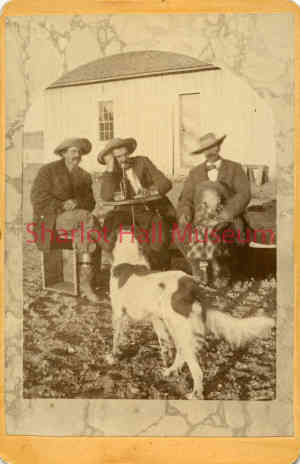 Albert “Al” Sieber was born February 27, 1843 in Mingolsheim, Baden, Germany/died February 19, 1907 at the Roosevelt Dam building site in Arizona. He was buried with military honors at the Globe Cemetery. He was the 13th of 14 children born to Johannes and Eva Katharina (Fisher) Sieber. Johannes died on September 16, 1845. In 1851 Eva immigrated with her still living eight children (six had died) to Lancaster, Pennsylvania. The family moved to Minnesota several years later. In 1862 Sieber enlisted in Company B, Ist Minnesota Volunteer Infantry, to fight in the American Civil War. He was severely wounded at the Battle of Gettysburg and also fought in several other key engagements. After the war, he became a prospector in California and Nevada and managed a ranch in the Arizona Territory from 1868 to 1871. In July 1871, he was hired as Chief of Scouts by General George Stoneman. He held that position for much of the Apache Wars, participating in Crook’s Tonto (Apache) 1871-1873 Campaign. When the Camp Verde reservation closed, Sieber was ordered to move the Yavapai and Tonto Apaches to the San Carlos Reservation in the middle of winter. He remained employed there and participated in several engagements with Apache groups that left the reservation. In 1883, he served as General Crook’s lead civilian scout when he pursued Geronimo into the Sierra Madre Mountains of Mexico. Sieber stayed on at San Carlos as Chief of Scouts for 13 years. In December 1890 he was fired from his position by Major John L. Bullis. He left and took up prospecting until 1898. On February 19, 1907, while leading an Apache work crew that was building the Tonto road to the new Roosevelt Dam site, Sieber was killed after a boulder rolled on him during construction. Sieber has been portrayed in a number of films including the 1953 film, "Arrowhead," where he was played by Charlton Heston, the 1979 film, "Mr. Horn," where he was played by Richard Widmark and the 1993 film, "Geronimo: An American Legend" where he was played by Robert Duvall. No information was found on Alex Graydon. Also shown in the photograph is another man, a girl and a dog. Location is shown as Camp Verde.