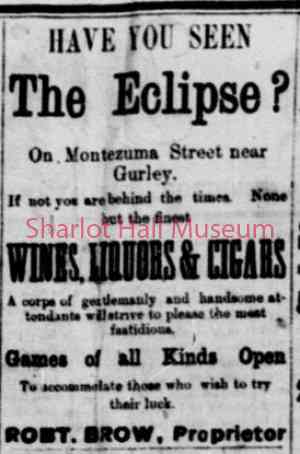 Virgil Ira McIntyre was born on January 20, 1911 in Jonesboro, Tennessee to Charles B. and Maud (Miller) McIntyre. Virgil was one of eight children in the McIntyre family growing up in Gypsum, Kansas. He attended Kansas Wesleyan University in Salina, Kansas. He was a member of Pi Sigma Upsilon and played on the university’s football team.

It was at Wesleyan that Virgil met his wife, Lillian Reinhardt. Lillian was a member of Pi Alpha Pi and studied English literature. In 1932, Virgil received his degree in mathematics. After college, he taught classes at Solomon High School in Solomon, Kansas. He was also involved in coaching high school athletes.

In 1940, Virgil registered for the U.S. military service draft. During World War II, he served in the U.S. Navy from 1944 to 1946. As a Lieutenant, he specialized in signal communications and was assigned sea duty in the Atlantic. He later became a educational services officer at the San Diego Naval Hospital.

In 1946, McIntyre’s VA career started at the Wichita VA Center in Wichita, Kansas. He was a personnel officer there until 1953. His career and promotion as assistant director took him to VA Centers in Marion, Illinois, Portland, Oregon, Sepulveda, and Los Angeles, California.

His promotion to director of the Whipple VA Center occurred in January 1972. The February 2, 1972 edition of the Prescott Courier reported that Virgil I. McIntyre arrived mid-January, replacing Walter R. Armstrong, Jr., who transferred to the VA Center in Jackson, Mississippi. During McIntyre’s tenure at the Whipple VA Center, he was instrumental in getting major construction of new buildings approved. These new buildings included an ambulatory care clinic, chapel, library, 60-bed nursing care unit and 200-bed domiciliary. The only major controversial issue that arose while he was director occurred in July 1986. The VA’s nation-wide focus was to enlarge surgery units at the larger VA facilities, while making smaller VA facilities such as Whipple, supportive facilities that focused on long-term and rehabilitative care. The plan was to close the surgery program at the Whipple VA. Compounding the issue was the loss of several VA staff surgeons and inability to recruit any to a smaller facility.

The July 18,1986 edition of The Courier reported that several local surgeons pitched in to keep surgeries ongoing at a reduced capacity. Active in the community,

After 16 years and 2 months in Prescott, he retired on April 1, 1988. To date, McIntyre is the longest serving director at the Whipple VA. His career was outlined in the March 20, 1988 edition of the Prescott Courier. In this article, Virgil noted he and his wife will retain Prescott as their “home base”. The article noted his son; Dr. Don V. McIntyre was senior pastor of United Methodist Church in Prescott.

On June 17, 2006, at age 95, Virgil Ira McIntyre passed away. He was preceded in death by his wife, son and two siblings. Virgil is laid to rest with his wife and their son at Heritage Memorial Park Cemetery in Dewey, Arizona.