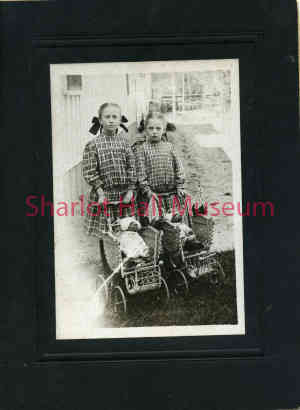 Margaret was often noted in Prescott newspaper articles for the parties she attended and the events where she sang. She attended the Tempe Normal School. Margaret married Clarence McNeil on August 19, 1918 in Prescott. The 1920 US Census records their address on N. Marina Street, Prescott. They had a son, Richard, and a daughter, Mildred Jean. The 1930 US Census has Margaret and her children living with her mother on Pleasant Street, Prescott. It records her as being married but Clarence is not included in the census.

Margaret was the subject of a newspaper photo and article when she won $100 In a grocery store contest in 1962. She also appeared in a newspaper article in 1985, with Ed Trujillio, about Prescott's Senior Day Care Center.

Margaret died on July 31, 1987 in Prescott. At her death she was a Mayes and married to Lewis Mayes, date unknown.

Mildred also attended many birthday parties and events during her school years. She was in a couple of plays performed at the Elks Theater in Prescott, while a student at St. Joseph's Academy. She also attended Prescott's Washington School and the Tempe Normal School for two years.

A newspaper article appeared in 1920 to describe an event about her. She was in a Phoenix hospital, scheduled for appendicitis surgery, when her surgeon's medical instruments were stolen from his care. The surgery had to be postponed until he went to Mesa for more instruments.

Mildred was a charter member of the Prescott Elks Ladies.